Greystone GT is delighted to announce the entry of a third McLaren 570S GT4 for the opening round of the GT Cup at Donington Park on April 10-11. Racing newcomer Rich Mason will be partnered by international sportscar racing champion Jon Lancaster in the GTH class in an extra car to complement the full-time entries of Mark Hopton/Adam Carroll and Iain Campbell/Oli Webb.

Rich, from Harrogate, was a regular competitor in club-level motocross during the 1990s, and has been part of the Greystone GT family for several years; beginning his relationship with the Silverstone-based team through its renowned Supercar Trackday programme. He later expanded his horizons by stepping up to a track-based programme behind the wheel of a Ginetta G55 GT4 and has, since last Summer, continued to build his experience in the McLaren.

Jon, 32, has made winning international races a habit during a professional circuit-racing career that began in 2006. Runner-up in the Formula Renault Eurocup in 2007, the Leeds driver later won races in the intensely competitive Formula 3 Euro Series, Formula Renault 3.5 and GP2 Series while on the single-seater ladder towards F1. He began racing sportscars in 2013 in the FIA World Endurance Championship and brilliantly claimed the overall European Le Mans Series title two years later. Last season he raced in both the ELMS and WEC and has twice contested the Le Mans 24 Hours.

The 570s GT4, whose livery bears resemblance to McLaren’s ultra-successful F1 campaigns of the 1980s, is set to enter further GT Cup races during the latter stages of the season. Dates and venues will be announced at a later date once decided. 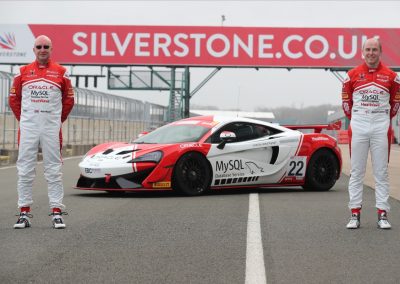 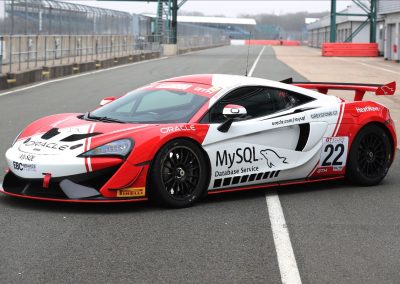 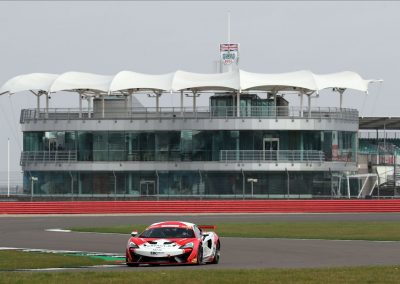 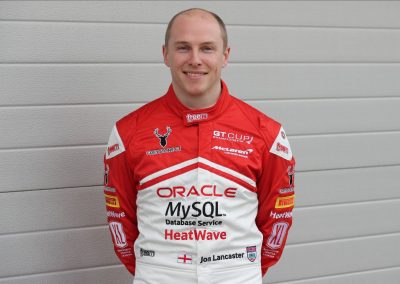 What is Greystone GT?
Created in 2016 by Mark McLoughlin, a single-seater racing champion and former Business Manager of McLaren GT, to run the UK’s best owner-Supercar Trackdays, Greystone GT has grown into a destination for enthusiastic drivers who want to take their on-track experience to the next level. The 2020 season was the most successful to date for Greystone GT, who staged 14 track-based events; adding the new High-Performance Test Day concept to its Supercar Trackdays. For the past three years it has maintained a growing fleet of GT racing cars for high-performance track use, while also developing a programme to take enthusiastic drivers from Supercar Trackdays up to racecar ownership and through to competitive race action. Having relocated to a new home at Silverstone in October 2020 and appointed Tim Mullen as Team Manager, to be supported by a team of internationally-established technical and operations staff, Greystone GT is ready to embark on a new era on-track.

How does the GT Cup work?
The GT Cup is a UK-based racing series for GT racing cars. Each event features practice, qualifying, two sprint races of 25-minute duration and two longer 50-minute pitstop races with driver changes allowed*. The emphasis is placed on giving Sporting drivers like Mark and Iain as much track time as possible, meaning professionals like Adam and Oli are restricted to taking part in practice and the second 25-minute stint of each pitstop. Seven rounds will be held at the UK’s best racetracks between April and October with live streaming from all events from Race Television.
*Except Oulton Park, which features two pitstops races of 40 minutes only

Rich Mason: “I’m excited to start racing in the GT Cup. It’s looking like such a high-quality series this year that I know it’s going to be tough, but we’re just going to take things one step at a time and try to make some good progress. The Greystone GT team have prepared me well for this, and the work Jon and I have done together since last October in the McLaren has left me reasonably confident that I push myself to the limit, but not beyond it, and just keep listening and learning. At the moment we’re only confirmed for the first event, but I reckon we’ll add a few more in the second half of the season.”

Jon Lancaster: “I’m pretty excited to be racing in a UK series for the first time since 2006, and in the McLaren too, which is such an iconic name in motor racing and one that most drivers would dream of getting behind the wheel of. Rich and I have worked together since last October and I can see a clear line of progression in his driving; something that’s only going to continue as he gains experience in racing. The GT Cup looks super-competitive this year with maybe it’s best-ever line-up of drivers, and it’s great to be a part of it. We’re not really setting any targets other than to make sure Rich has a good time and gets really confident with the car in a race situation so we can help take him to the next level.”

Mark McLoughlin, Team Principal: “It’s fantastic to be able to add a third car to the line-up for Donington and potentially a few more events later in the season. It’a also thoroughly satisfying to know that we’ve been able to help Rich move from trackday driver to fully-fledged racer in one of the UK’s most competitive GT series in just a couple of years. All three of our sporting drivers in the GT Cup have come into Greystone GT in the same way, so it’s great to know that our work behind the scenes is equipping drivers like Rich with what they need to take the step into racing. I’m sure he and Jon will work well together and move forwards through what’s sure to be an exciting campaign.”
GT Cup Calendar 2021
Round 1 – April 10-11: Donington Park National
Round 2 – May 1-2: Brands Hatch GP
Round 3 – June 5-6: Snetterton 300
Round 4 – July 3: Oulton Park International
Round 5 – August 15-16: Silverstone GP
Round 6 – September 18-19: Donington Park GP
Round 7 – October 2-3: Snetterton 300
← ELMS 4 Hours of Monza Greystone GT finish in top five on race debut at Donington Park →