The British GP2 race-winner returning from five years in the wilderness.

Instead of the platform for bigger things, winning the 2015 European Le Mans Series title turned into a dead-end for Britain’s Jon Lancaster. Now he’s back racing again and determined to make up for lost time in the category he conquered five years ago. Winning any championship is always a special moment for a driver, especially for one who has fought endlessly to even make it onto the grid. For Jon Lancaster, winning the 2015 European Le Mans Series was the highlight of a career which had been plagued by the never-ending search for a budget and curtailed campaigns year after year. 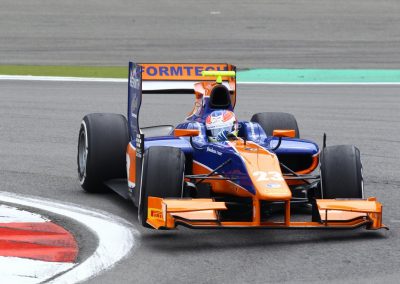 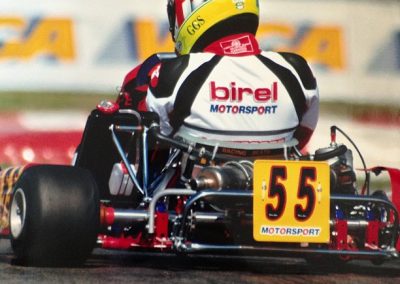 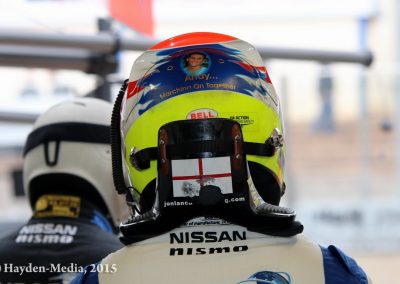 That title success was supposed to be his big break, reigniting a career which had begun to stall and allow him to move onto bigger and better things. But while the 31-year-old will return to the series where he had his greatest success this weekend, he will do so having not competitively raced in almost five years.

Jon: “I was kind of hoping for more regular things [after 2015] and to be honest my prayers were answered temporarily as I got a phone call from a race team in America to go and do DPi,” recalls Lancaster. “I thought that was it, here we go I’ve finally managed to crack it, I’m going to get to go and race in America on a full salary and everything else. I was over the moon.”

As Lancaster puts it “to this day, I’m not entirely sure what happened”, but the Brit was never given the chance to race the car – dropped from the unnamed IMSA Sportscar Championship team despite signing a contract – and he was once again left out in the wilderness. A V de V race at Mugello in 2016 aboard a Ginetta G57 aside, Lancaster has spent the last five years not racing but acting as a driver coach as well as developing machinery owned by private clients. But his biggest role has been developing tyres for Dunlop and Goodyear having been asked to become the tyre manufacturers’ official tester. With Goodyear becoming primary sponsor to reigning Asian Le Mans Series Championship winners Algarve Pro Racing, Lancaster’s name was put forward to compete with the squad in the upcoming ELMS season and with it a return to competitive racing.

“It’s something obviously that I’ve wanted to happen and something that I was always angling towards,” he says. “But when it actually became a reality, as you can imagine, I was over the moon and jumping for joy having been on the sidelines and doing everything that you can do in a car at a race track apart from actually race it!”

Lancaster has come full circle in the last five years, which included picking himself back up after the crushing blow of losing the IMSA seat, but battling through adversity is nothing new for the Yorkshireman.

“It always has been a struggle, I can go all the way back to the points when things were extremely bad, where it was pasta with oil and a couple of bits in it to eat for a week because there was literally no spare money.”

It was in single-seaters where Lancaster first made his mark, finishing second to Red Bull junior Brendon Hartley in the 2007 Formula Renault 2.0 Eurocup and placing third at the 2008 Masters of Formula 3 – joining future Formula 1 drivers Jules Bianchi and Nico Hulkenberg on the podium (below) – before winning a race in the highly competitive Formula Renault 3.5 series at the Algarve circuit in 2009. Further progress would prove a struggle however, and by the time the move to GP2 came in 2012, finances were being pushed to the limit.

“It always has been a struggle, I can go all the way back to the points when things were extremely bad where it was pasta with oil and a couple of bits in it to eat for a week because there was literally no spare money to go shopping, to do anything,” says Lancaster.“It’s been a hell of a ride. I’ve seen every aspect now of what can be possible, but to get there and beat these guys when you’ve got all of that going on, it does almost make it even sweeter.”

Victory in front of his home crowd at Silverstone in 2013 with Hilmer Motorsport in the sprint race was one such highlight, before repeating the feat at the next round at the Nurburgring. By the end of the season the Brit had bagged 11th in the standings, despite missing the opening two rounds at Sepang and Bahrain as well as the Spa event later in the season. The reason was familiar: lack of budget. Another part-time GP2 campaign with Hilmer followed in 2014, a charge from 23rd on the grid to fifth at Hockenheim the main highlight, but it was clear that any chance of a career in motorsport was only going to come by exploring routes outside single-seaters. Lancaster had already contested the 2014 Le Mans 24 Hours with Swiss outfit Race Performance – finishing eighth in class – and it gave him a taster of racing sportscars that would lead to an ELMS drive with Greaves Motorsport in 2015.

“[The 2015 season] is one of my fondest memories, it was one of the few times where I actually did a complete season, so it was nice to get that opportunity,” recalls Lancaster. “I can never thank Tim [Greaves] enough for keeping me in the car all through that. It was quite eventful, I think sometimes we got a little bit of extra attention on a few issues but at the end of the day we managed to rise above whatever it was.”

On a race-by-race deal, he made his mark from the opening round, taking victory alongside Bjorn Wirdheim and Gary Hirsch at Silverstone – but only after a controversial late-race collision with Thiriet by TDS Racing driver Tristan Gommendy. Two fourth places followed at Imola and the Red Bull Ring, before the trio managed to grab their second win of the campaign at Paul Ricard. That gave them a shot of the title heading into the final round at Estoril. When the Jota Sport Gibson of championship leaders Filipe Albuquerque, Simon Dolan and Harry Tincknell spun in a rain shower, second place was enough for Lancaster, Wirdheim and Hirsch to claim the title by just two points. Fast forward five years and Lancaster is on the cusp of making his ELMS return this weekend at Paul Ricard. Alongside him at AFP will be 2013 Le Mans 24 Hours winner and Audi DTM racer Loic Duval as well as Swedish 26-year-old Henning Enqvist. Despite not having gone wheel to wheel for almost five years, Lancaster only has one objective in mind.

“We’re here to win it, there’s no other goal, no other aspirations in mind,” he says. “That was one of the things why Loic wanted to be involved, he could see from literally the first day on track that we had a good package, he could see my strengths in helping develop the car especially around the tyre, he enjoyed and was quick with that tyre and package and we’ve developed it since.To actually jump into something with some preparation and understand the car, understand what it needs and to understand the tyre as well, it is a huge benefit” Jon Lancaster

Despite the long layoff Lancaster believes himself to be a “more complete” driver now than ever having spent the time honing his development skills.

“I’ve been very active and to be honest I feel more complete as a driver than I ever have. I’ve always been quick, I’ve always had poles, I’ve always won races, but sometimes experience has not always been there because I’ve always jumped into seats last minute on a bit of a free deal or whatever it is and not really had the time to prepare. So to actually jump into something with some preparation and understand the car, understand what it needs and to understand the tyre as well, it is a huge benefit.”

With the new LM Hypercar and LMDh regulations both coming into effect by 2022, Lancaster is hoping this season can be the catalyst to put him in contention for new opportunities in endurance racing over the next few years.

“I’m hoping I’ll be in a position to be considered for one of those drives, that’s sort of my long-term goal,” he says. “The LMDh regulations to me, as soon as I saw them, I just thought that is finally the lightbulb moment for me from what I’ve seen. It should attract a good amount of manufacturers who then hopefully open up a lot of seats available to guys who are like me, have got experience in these [prototype machines], experience at Le Mans. ‘To have a proper world championship where you can actually compete at Daytona, Sebring, Le Mans, all the big three races all in the same car – they couldn’t have done it much better really.”

It may have come later than expected, but Lancaster is determined to make sure this chance to reignite his career doesn’t go to waste. Whatever the outcome this season, he will be doing everything he can to ensure there won’t be another five-year spell without racing.