Algarve Pro Racing was on for a solid top five finish until its bold and daring race strategy was thwarted in the European Le Mans Series (ELMS) 4 Hours of Spa-Francorchamps (7-9 August).

The Portugal-based team ultimately ended a drama-filled race at Circuit de Spa-Francorchamps in 12th in the #24 car of Jon Lancaster, with Henning Enqvist and Loic Duval.

In testing on Wednesday (5 August), Algarve Pro Racing focused all its attention on optimising its long-run performance, although the same was true of free practice, because rather than pushing for headline times in FP1 and FP2, the Goodyear technical partner used the sessions to learn more about the slick tyres ahead of Sunday’s four-hour race. Everything went as anticipated; A qualifying lap of 2m 04.644s from Lancaster was good enough for seventh, although the Algarve Pro driver was third of the Goodyear runners limited to a single timed run.

Enqvist took the first stint in the #24 car, losing track position during the sensible opening laps, but Algarve Pro’s prospects looked strong. In eighth position, Enqvist’s attention was initially held by the pursuing #35 BHK Motorsport car, but the #31 Panis Racing entry soon emerged as the Swede’s main threat. Unfortunately, places were lost after a protracted Safety Car intervention, Enqvist falling to the outskirts of the top ten, where he faced a growing challenge from the #50 Graff and #39 entries. The intensifying fight ultimately cost Enqvist time and allowed the #25 ORECA to take over as the lead Algarve Pro Racing contender after the first round of fuel stops, having pitted out of sequence with the bulk of the LMP2 field on lap 18. However, the running order changed again when Algarve Pro switched the #24 crew to an alternate strategy by installing Lancaster and brimming the car with fuel much earlier than anticipated.

The spotlight was firmly on Lancaster, who lapped at roughly the same speed as the leaders, even in traffic, and seemed well-placed to pick off several rivals as pit strategies unfolded. Algarve Pro’s tactical gamble, combined with Lancaster’s sublime pace, saw the #24 crew go from 13th to fourth with an assailable deficit to the top three runners. In fact, Lancaster got to within eight seconds of the podium while eking out 19 laps on a tank of fuel as track temperatures soared to 50 Celsius, but opportunistic stops by other LMP2 teams during a Full Course Yellow (FCY) negated Algarve Pro’s strategic advantage. Wet Goodyear tyres were kept close at hand, but it wasn’t until later, that the heavens opened and a wet track was declared. Algarve Pro responded to the deteriorating grip levels by boxing Duval for grooved Goodyears, but to the team’s frustration, the rain dissipated quickly, and a stop for slicks and to fuel the #24 car to the finish was conducted with 40 minutes remaining. #24 enjoyed the cooler conditions and matched the leaders for pace in the 2m 08s to ultimately receive the chequered flag in 12th.

Jon Lancaster (#24 Algarve Pro Racing ORECA 07 LMP2): “A mixture of bad luck, misjudgements and a bit of risk-taking to make up for what we had lost at the start made for a frustrating race. There’s no reason why that couldn’t have reached the podium, so we’ll analyse the way the race panned out to hopefully do better next weekend in the FIA World Endurance Championship 6 Hours of Spa. We’re always learning and making positive things happen, so it’s a shame we haven’t been able to collect points. If we can qualify higher up the grid we should be capable of converting our pace into results in the remaining races. I’m very much looking forward to the FIA WEC at Spa, where we will apply what we’ve learnt to hopefully come away with something strong.” 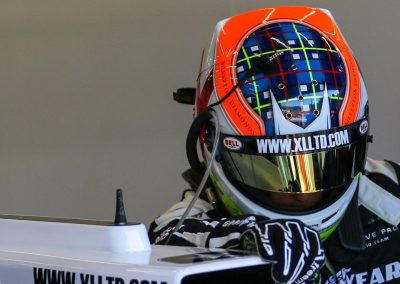 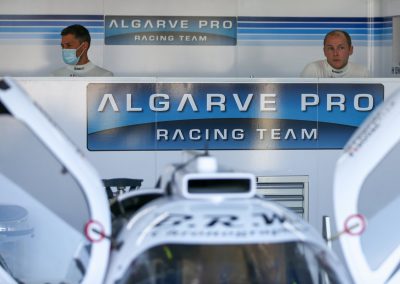 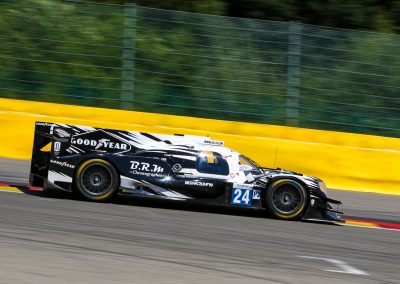 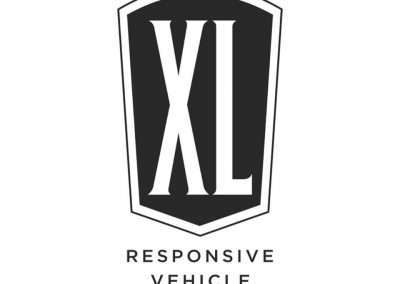