As the reigning Asian Le Mans Series Champion, Algarve Pro Racing has already demonstrated a race-winning pedigree and a deep understanding of how to maximise tyre performance. This will allow Goodyear to receive valuable technical feedback throughout the season on a variety of European tracks.

As a 14-time Le Mans 24 Hour-winning tyre brand, Goodyear has an illustrious history of working with some of the best teams in endurance racing. After a historic return to the FIA World Endurance Championship (WEC) in 2019, Goodyear will become a tyre supplier in ELMS later this year.

Stewart Cox, Team Principal, Algarve Pro Racing describes the technical partnership: “We have been overwhelmed with the effort and support we have received from Goodyear. To be able to benefit from their wealth of experience in top-level motorsport is a huge honour and I hope this will give us an edge over the competition. “Having shown good pace and confidence on the latest specification of Goodyear tyres throughout pre-season testing we are really looking forward to the start of the season.”

Mike McGregor, Manager Sales, Testing & Track Support, Goodyear Racing explains: “To be able to support a top team like Algarve Pro Racing will provide us with valuable tyre data and feedback that will assist us in the development and progression of our high-performance race tyres ahead of us becoming the sole supplier to the LMP2 category of ELMS in 2021. It is a logical step. With a strong new driver line-up this season, the team has a wealth of experience. Tim Holloway has come out of retirement and joined the engineering team to add to what proved to be a winning formula in the Asian Le Mans Series.”

For the 2020 ELMS season, Algarve Pro Racing will be partnered by watch specialists B.R.M. Chronographes. The luxury French watch manufacturer will produce a limited-edition watch inspired by the retro Goodyear livery that will adorn the Algarve Pro car.

Bernard Richards, founder of B.R.M, said: “Since the creation of B.R.M Chronographes sixteen years ago, it is the first time we have signed such a high profile partnership in the European Le Mans Series. Goodyear represents, for racers as well as everyday drivers, a tyre renowned for performance and safety.”

B.R.M will create two designs of exclusive watches and a desk clock.

Strong driver line-up for the 2020 season

Jon Lancaster, 2015 ELMS Champion: “I am extremely excited to be a part of the Goodyear challenge in the European Le Mans Series. We have a brilliant team and a very competitive driver line up, during pre-season testing I was very encouraged by the level of performance and I am looking forward to the season ahead. Having not raced in the series since 2015 when I won the championship, I’m more determined than ever to replicate that success.” 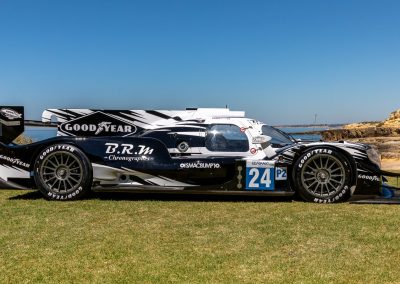 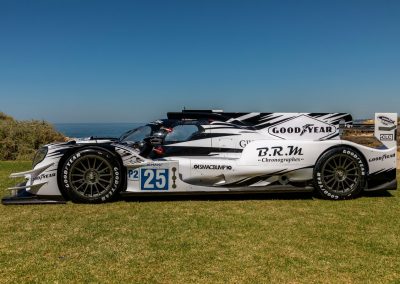 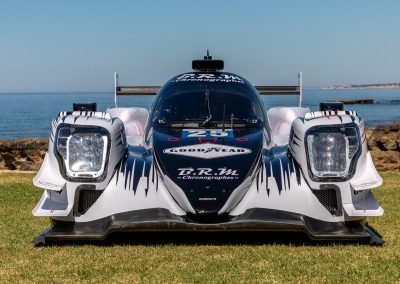